So, as most of you probably know, I am vegan. I don’t want to get into it too much because I am not a hard-core vegan that is disgusted by animal products and eating animals etc. etc. Nor do I have some intense persuasive argument about animal products being toxic. I went vegan 2 years ago to see how it made me feel. As a result, I have never had more energy, less cravings and felt and looked better in my life. I think it should be everyone’s goal to find an eating style that makes them feel this way. Yes, I like meat and cheese. I do eat it sometimes maybe 2-3x per year….but that’s the extent of my story. Moving on… 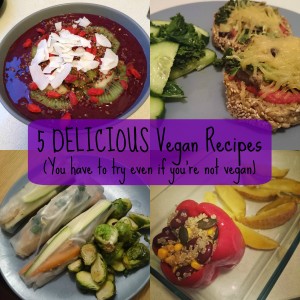 Even if you aren’t vegan you will love these delicious vegan recipes! I’ve even let my boyfriend try them and he also enjoys them.

Vegan Recipes…you’ve got to try them! 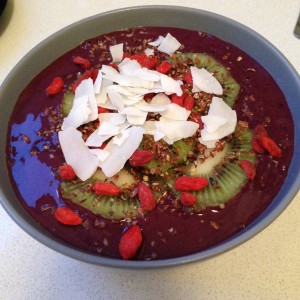 What fun is smoothie when you chug it and it’s over in a few minutes. Of course I drink smoothies, especially on-the-go but the smoothie bowl is so much more fun! 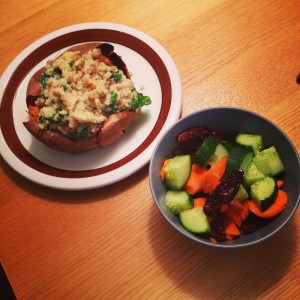 Directions: Cook quinoa and lentils and put into a bowl. Add Swiss Chard and spices. Mix together and stuff into a baked sweet potato. Boom, done! 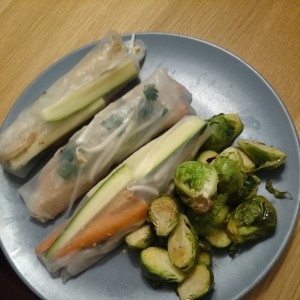 What’s inside the spring rolls?

Directions: Wet the rice paper (as instructed on package) until the paper becomes completely soaked and turns into the soft, rubbery consistency. Place the veggies inside the spring roll (2-3 slices of each veggie) then add the 5-8 bean sprouts. Roll up the spring roll and you are done! I like to eat mine with low-sodium soy sauce or spicy Sriracha chili paste. 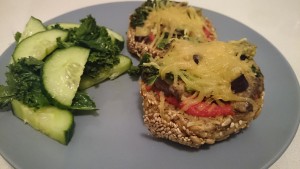 What’s on the pizza?

Directions: First you have to find your crust! For these mini pizzas I found some vegan bread rolls with added hemp protein and they were absolutely to die for! Place the sauce, veggies & cheese on top and then back in the oven at 350 degrees Fahrenheit (180 degrees Celsius) until the cheese is melted (approx 10 minutes). Take them out and enjoy! Note: different crusts may require different cooking times so be mindful of that as well. 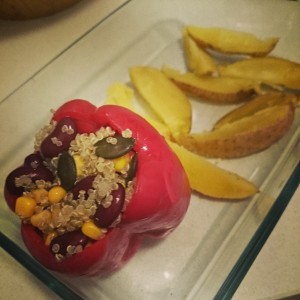 What’s in the stuffing?

Directions: Gut the bell pepper and wash with water inside and out. Stuff the bell pepper with the stuffing and put in the oven. Cook at 350 degrees Fahrenheit (180 degrees Celsius) until the bell pepper is soft. This is approx 20-25 minutes! I baked some homemade french fries at the same time and they came out just fine.