Going back to the single life after a breakup isn’t an easy road to travel. It hurts. It’s lonely. You might dig your heels into the dirt and say, “Never again!” And until you go through some relationship healing, you’ll really mean that.

One of my previous podcasts guests, Laura Martin, has pivoted her coaching business to focus more on trauma healing and shared some thoughts on breakups, being single, and dating again. Here’s a brief recap:

Even trauma coaches aren’t immune to the effects of a bad breakup. Laura recounts the devastation she felt after her most recent breakup with what she thought would be her forever love.

“Having been in a two-year relationship of domestic violence, I was so traumatized to go back into dating. So when I finally did start a new relationship two years later, I was really protective of myself. Everything seemed so perfect. We were moving in together. I thought we’d be engaged in a few months. We were looking at houses together, we had planned it out so perfectly to align with the end of our separate leases. It felt so healthy, so magnetic — and I didn’t see the breakup coming.”

But even though Laura was shaken to her core, she knew she was perfectly okay. That’s because in between her last two relationships, she had taken two years to live the “sacred single” life. In fact, she turned everything she learned during that time into the Sacred Single program, something she started working on before her last big breakup. 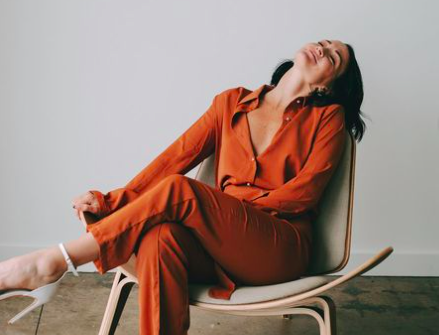 “I wanted to make this program the best it could be because I wanted it to truly help others. And so I shot a prayer up to the higher powers asking to get the death I need to rise to my highest power. And the universe delivered — the love of my life and I broke up. But that gave me what I needed to lead myself through it and 10x what my program could be.”

Taking time to overcome trauma and heal from a relationship is beneficial for us as individuals. But it also benefits our future partners. “Healing from trauma takes work. It means getting outside our comfort zones, being honest with ourselves about our patterns, our flaws, our tendencies, and challenging our own beliefs.

Our nervous systems hate this. But the only way to really heal, change, and move forward is to bring your shame in the shadow to the light and neutralize it.

Something Laura has taken away from her own relationship healing is that sometimes love just doesn’t work out, even when you put in the work — and that’s okay.

“Trying to find ‘the one’ after a traumatic relationship and breakup is not the point of relationship healing. I had to learn that love is an extension of me. I had to become ‘the one’ for me. Once I healed for me, I could hold onto my power and be more resilient.”

CLICK HERE TO LISTEN TO EP 81: Get the full scoop on relationship healing with Laura Martin on Self Love and Sweat THE PODCAST.