When most of us think about strengthening our core, we start conjuring images of six packs and sculpted obliques, and we stop there. But your core isn’t just about a flat tummy — in fact, what’s on the top and bottom of your abs matter just as much, and adding pelvic floor exercises can help you build up a stronger core than ab exercises alone.

I recently spoke with Jana Danielson, pelvic floor expert and inventor of the Cooch Ball (the world’s first patented pelvic floor fitness tool) to learn why and how to give your pelvic floor some love.

What is the Pelvic Floor?

Your diaphragm and pelvic floor have a direct relationship with each other. They’re both attached to the core’s “walls,” so when your core isn’t strong, it can’t support and balance the diaphragm and the pelvic floor. That’s a problem because a weak diaphragm and a weak pelvic floor affect everything from our ability to breathe to our sexual arousal.

The diaphragm is a tough muscle to work since it’s tucked up into our ribs and not easily accessible. But the good news is that since the diaphragm and pelvic floor are directly related, we can do pelvic floor exercises to give our entire core even more power. 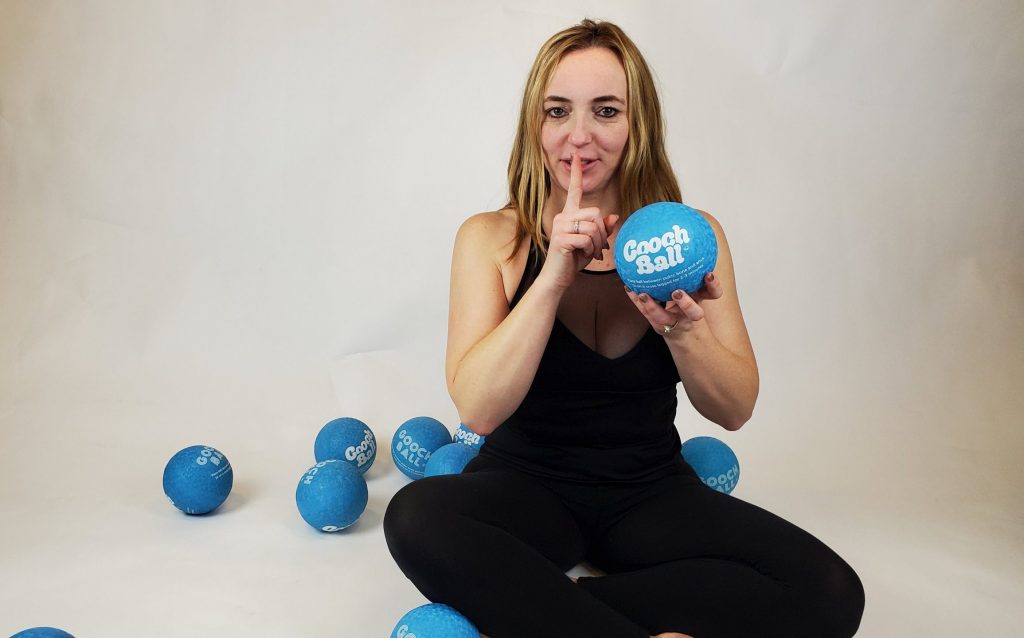 Jana shares that the classic Kegel exercise that many women do to strengthen the pelvic floor isn’t as effective as we’d like to believe. In real life, we don’t turn our muscles on and off, but rather work our way up to a certain load. That’s what Jana suggests we do with our breathing.

Think of it as an elevator ride. To start, you’d push the button and start to ascend. Once at the top, you wouldn’t just plummet back down to the ground, but rather descend in a controlled manner. Now, apply that same idea to your breathing. On the inhale, you’re in a relaxed state and your lungs are filling with air, pushing your diaphragm out of the way. Then, when you exhale, you want to control your breath and slowly let it out, which will lift your pelvic floor.

Jana applies this same breathing exercise to weightlifting. A lot of athletes tend to hold their breath when doing a deadlift, for example, which puts additional pressure on the abdominal muscles and pushes down on the pelvic floor and weakens your core. Instead, exhaling when moving from the 90-degree angle to a standing position releases this pressure and lifts your pelvic floor.

And if you want to make this breathing technique even more effective – you can add in a 2-3 minute session with your COOCH Ball daily and get incredible results….get yours here!

Hear the full conversation about pelvic floor exercises and its role in your fitness on Self Love & Sweat THE PODCAST, episode #64.